Everyone has their own “God’s Country.” Many use the phrase when describing their homeland, frequently stemming from the picturesque views and, resulting, aesthetic feelings it provides. Perhaps it’s a favorite vacation spot. Or, maybe it’s as simple as the habitual  day-in-day-out work environment. Nonetheless, I believe all humans are shaped by their immediate surroundings, their personal “God’s Country.”

I recently trekked to Wisconsin and, eventually, the western Upper Peninsula of Michigan to experience my own newfound “God’s Country” and get some long training efforts under my belt. Because of my obsession with geography and natural terrain, I somewhat knew what I was getting myself into. I’d studied the trail access points and maps before I departed and was confident in my ability to quickly and efficiently navigate whatever came my way.

Major highways dwindled. Cities with established populations were evolving into ungoverned towns with unincorporated populations consisting of no more than a library, brewery, and a town hall. If I didn’t know better, I’d have thought I was in Canada. Essentially, I was.

The Northwoods (also known as the Laurentian Mixed Forest Province) covers most of this area, spanning into parts of Ontario and Quebec. It’s a forested ecoregion of conifers and junipers, a temperate broadleaf and mixed forest biome transition zone between the Big Woods (forested lands of the central and southern parts of MN/WI/MI) and the true boreal forest (found almost entirely in Canada, the Scandinavian region, and Russia). It was truly a magical place, dotted with lakes in every direction.

The density of these forestlands was overwhelming me. I spent a couple hours driving though the night on a single road (pristine, I might add) due west to arrive at my backcountry campsite in the Ottawa, a million-acred national forest. After driving eight total hours alone (after a four-hour run in southern Wisconsin), I was tired and ready to sleep. Despite no visibility in the night and no GPS or cellphone signal, I knew Lake Superior loomed and the Porcupine Mountains weren’t far ahead (road signs were helpful).

I had a hell of a run the next morning on the gnarly Lake Superior Trail. 52 degrees (in August…). Windy. Clear skies. Muddy. Root and rock-infested. Trails like these are nowhere to be found in the Michiana region. 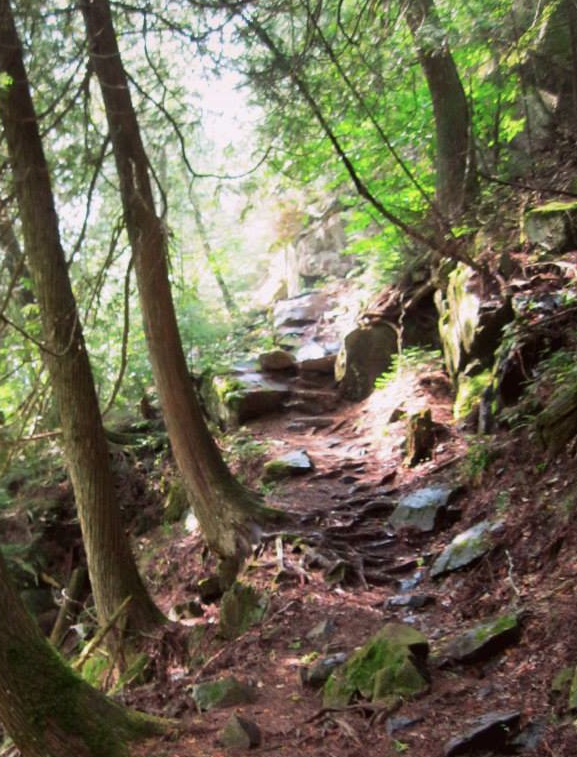 The body learns quickly. To navigate these trails as fast and efficiently as possible, it requires 100% total concentration which is exhausting but super rewarding. A single glance up to take in the grandeur of the scenery could have been the end of my ankle’s integrity, resulting in a long hobble back to the car…depleted of calories and hydration…in bear country. My number one objective when embarking on these types of runs is to ensure health and safety. 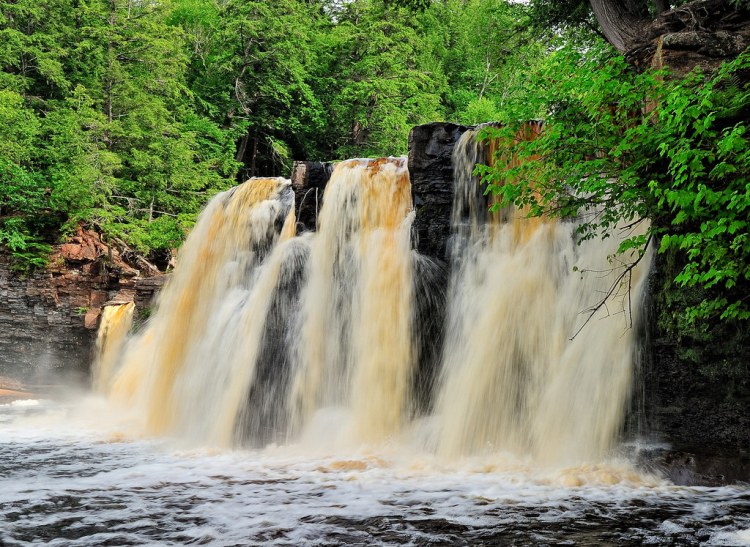 3.5 hours later I arrived back at my car, passing by folk viewing the Manabezho Falls of the Presque Isle River located near the trailhead. Unbelievable run.

My post-trip reflection had everything to do with the region’s economy and atmosphere via the mental and visual notes I took whilst driving, this time outweighing my usual personal running mantras.

Living in the Northwoods seems to require folk who are cut from the right cloth. Winters are harsh. It’s grim, tough. The region isn’t overrun by the ski or tourism industry. Motels. Bars. Convenient stores. Gas stations. Antiques. Broken down, rusted trucks sit in yards. Half the vehicles I passed seemed to be logging semis, revealing the economies dependence on its logging industry. There weren’t many condos or resorts. It had a “real feel” to it and I loved that.

Exiting the Porkies’ Lake Superior Trail trailhead and heading south on Hwy. 519 toward Wakefield, my psyche was nourished but cognizant of the fact that I had an eight-hour trip back home in front of me.

I pass a vacant motel. The Lake Superior wind blows some Tyvek house wrap off, revealing its wooden frame, and after a moment of thought, I knew I’d be coming back.